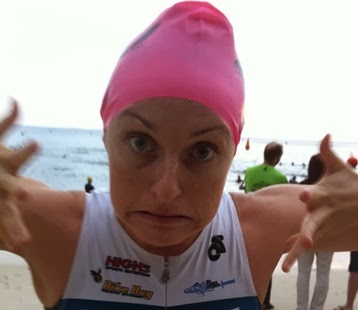 I am from a small part of the world known as Camlough village, Northern Ireland where I grew up as the youngest of 6 in the Mallon clan.

I have loved swimming since I was wee and grew up spending my time between Camlough Lake and the local swimming pool in Newry.

My next goal is to conquer the North Channel. My slot is booked for August 2014 and I’m on track to clock up a planned 1200km in training swims!

The North Channel is a notoriously difficult body of water between Ireland and Scotland and is considered to be the toughest channel swim in the world, with athletes toughing it out against *extreme elements to achieve the 35km crossing between Ireland and Scotland (*extreme elements include: water temperatures that’ll freeze your tits off, out of this world currents and badass stinging jellyfish!).

In case you’re interested, I’ve had a bit of experience with open water swimming which I will be drawing on in my attempt to achieve this massive feat.


Some of my past achievements include:

Back to the North Channel though… this year I’ll be attempting to sustain a high level of competition as part of my preparations for the swim and will be heading to some intense swim camps in Melbourne, Australia and Cork, Ireland. I’ll also be competing in loads of training swims, including the Irish National Championship swim in Lough Erne (17km) and Lough Sheelin (10km).

I will be updating this blog with all my adventures and training swim sagas, so feel free to sign up for updates and stay in touch with me as I tick along until August.

I’ll sure be needing all the support and banter I can get to keep me going along the way!!!